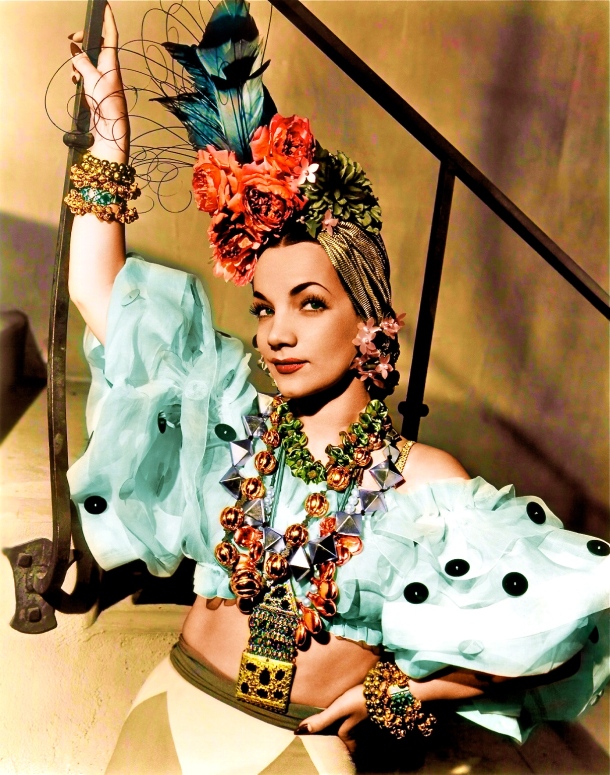 Carmen was a Portuguese-born Brazilian samba singer, Broadway actress and Hollywood film star popular in the 1940s and 1950s. She was, by some accounts, the highest-earning woman in the United States and noted for her signature fruit hat outfit she wore in the 1943 movie The Gang’s All Here. Though hailed as a talented performer, her movie roles in the United States soon became cartoonish and she grew to resent them. She is considered the precursor of Brazil’s Tropicalismo.