I tried like crazy to find out any information on Eric Gill but I had very little luck.  What I was able to find out was that the art he created during the 1930’s in his Honolulu atelier, is some of the most sought after and enduring Hawaiian Vintage imagery created during the “Golden era” of travel to the Islands. I guess he belongs to the same club that Carlo of Hollywood is a part of , the one that has no information about them, were they afraid of success? Anyways I love Gill’s work and to me it has the same feel to it as the Carlo of Hollywood pieces, but make no mistake he has his own style.

I am about to come into some Carlo of Hollywood frames in the the forced perspective style that do not have any artwork. My intention is to purchase some of Gill’s artwork and place them into these frames. I am sure once they are installed in these frames they will look right at home in our Tiki lounge.

Anyways, here are some of his Hawaiian images that he airbrushed. They are soo Hawaiian………enjoy!

Look at the dramatic motion he captures 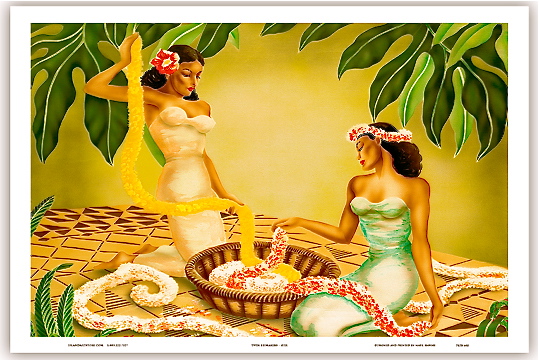 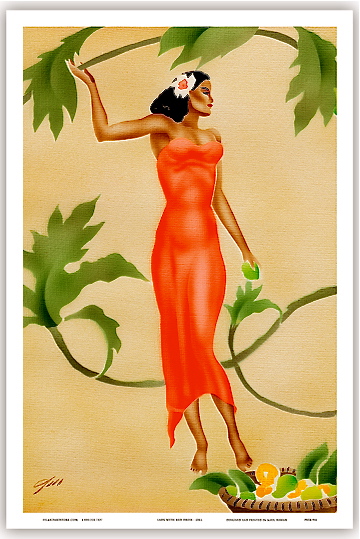 As I mentioned in the comments section of this post Mel and I purchased a city scape airbrushed and water colored by Gill. This might even be an original considering it still has the sticker on the back. I see similar styles when compared to the Hawaiian pieces. Anyways let me know what you think.

Here it is in the original frame it came in. I don't like the frame but since its original I will keep it in it. 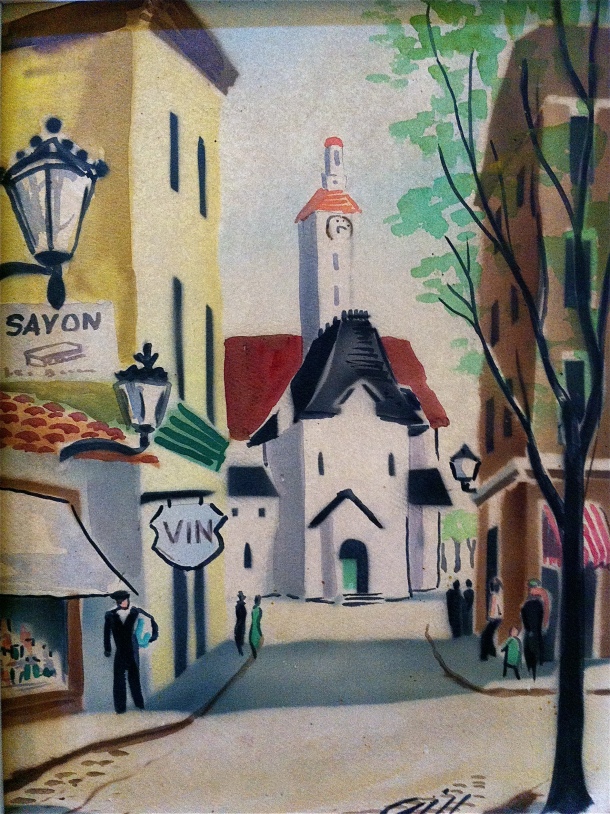 Great colors. I can see both airbrush and water colors used in this piece. 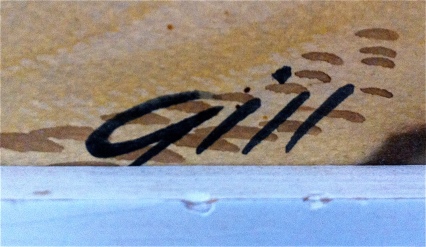 Here is the label on the sealed back of this Gill piece.