Here they are! They look very rough but we will change that!

I purchased this Globe-Wernicke bookcase at an antique faire a while ago. I decided to hit it hard and knock it out. As you can see the pictures of its original condition show how rough it was. There was a lot of rust and multiple layers of paint. I had to use stripper to remove the layers of paint  and I had to sand the hell out of it to even out the surface to prep for paint. The great thing about this bookcase is it stackable and comes apart in sections.  I would like to find 3 more sections to make this bookcase really tall.

Here they are from the back.

So after a couple of days of hard work here they are. If I had to guess I would think these were used in a government agency or in the military.

This unit cleaned up really nice. 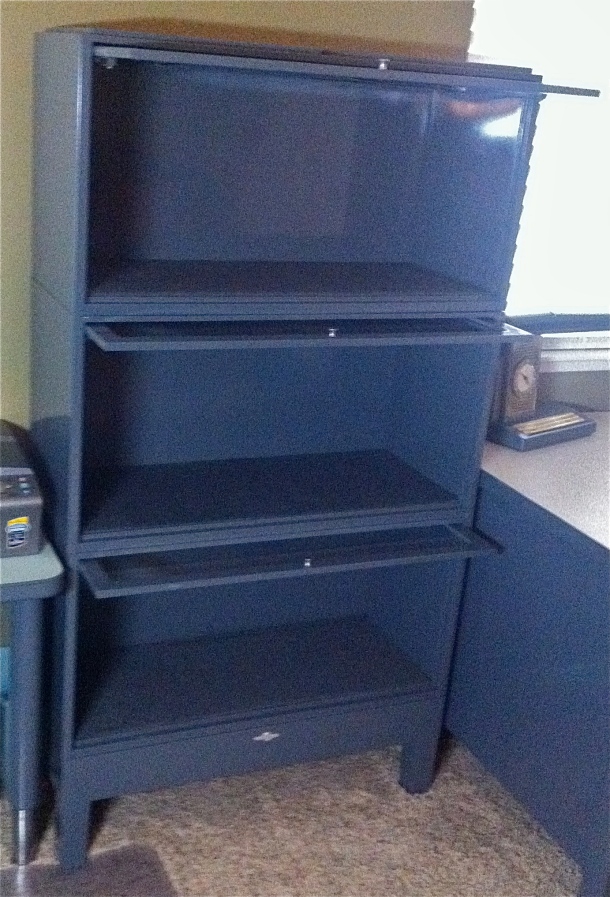 There is a scissor mechanism that helps keep the sliding glass door aligned that was a real nightmare to reinstall. 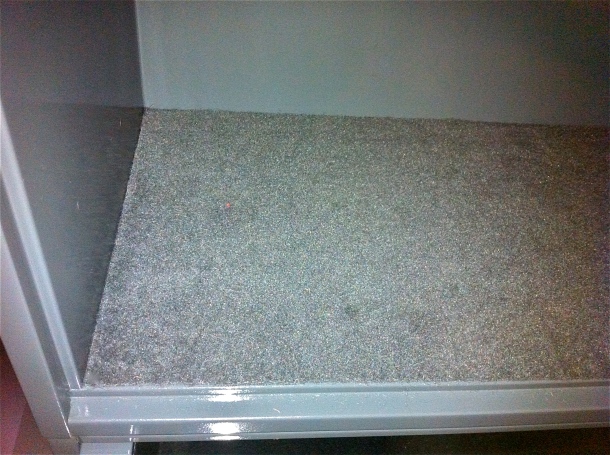 I installed automotive carpet in the bottom of each box. I think it is a nice touch.

Here is some history on the Globe-Wernicke Company:

The Globe-Wernicke Company was formed as a result of the Cincinnati based Globe Files Company (est. in 1882) purchasing the Minneapolis based Wernicke Company in 1899. The company is best known for their high-end bookcases, Desks, and other office furniture. Globe Wernicke established factories in the United States, United Kingdom, France and Germany.

The company patented the ‘elastic bookcases’ also known as a modular bookcase. These were a high quality stacking book shelves, with a standard width of 34 inches, in Oak, Walnut, Mahogany and steel, capable of being adapted to fit together to form a bookcase which could either be all of the same measurements or which could be re-arranged by the insertion of units of different depths and heights. These glass fronted shelves now are proving to be collectible, desirable and usable antiques – with regularity these bookcases appear in auctions and internet sites and, what originally cost $75 or so will now be sold for $900 or more.

During World War II 90% of the company’s business in the US was converted to produce military equipment.