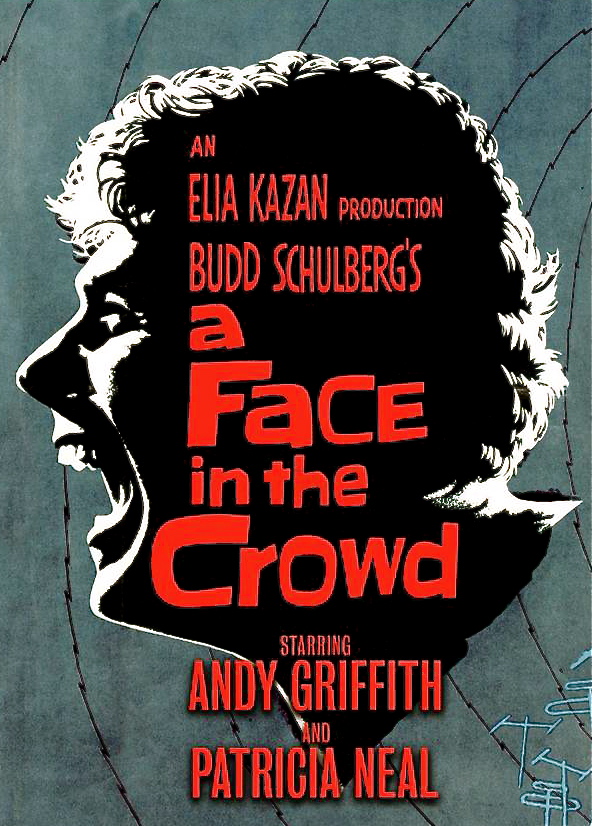 A classic story of the corruption of power. This is about a female television executive who turns a folk-singing drifter into a powerful media star. This movie stars Andy Griffith , Patricia Neal, Anthony Franciosa & Walter Matthau. This movie shows the real acting ability of a little known actor of that time Andy Griffith who later became sitcom royalty with the Andy Griffith Show. The acting is top-notch and the direction by Elia Kazan is fantastic. Make sure you try to catch this and let me know what you think. If you can’t catch it when it plays make sure to DVR it!

Posted in Nostalgia. Bookmark the permalink.
← More Fond Memories
The Duke Of Flatbush →