I was raised with cartoons like Thunder Cats, Voltron, He-Man, G.I. Joe and soo many others. The crazy thing is even at that young age I was drawn (no pun intended) to the older, classic cartoons like Tom and Jerry, Looney Tunes and other classic cartoons. If you watch the golden age cartoons you will see Tex Avery’s name. He always made fantastic cartoons that were always original. Here is some history on this trailblazer. 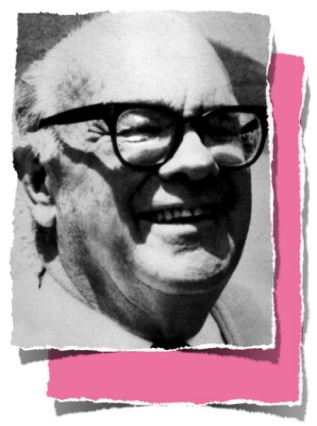 Tex Avery was an American animator, cartoonist, voice actor and director, famous for producing animated cartoons during The Golden Age of Hollywood animation. He did his most significant work for the Warner Bros. and Metro-Goldwyn-Mayer studios, creating the characters of Daffy Duck, Bugs Bunny, Droopy, Screwy Squirrel, and developing Porky Pig, Chilly Willy (this last one for the Walter Lantz Studio) into the personas for which they are remembered. Avery’s style of directing encouraged animators to stretch the boundaries of the medium to do things in a cartoon that could not be done in the world of live-action film. An often-quoted line about Avery’s cartoons was, “In a cartoon you can do anything,”. He also performed a great deal of voice work in his cartoons, usually throwaway bits (e.g. the Santa Claus seen briefly in Who Killed Who?), but Tex did fill in for Bill Thompson as Droopy, although the individual cartoons where Avery did this have never been specified.