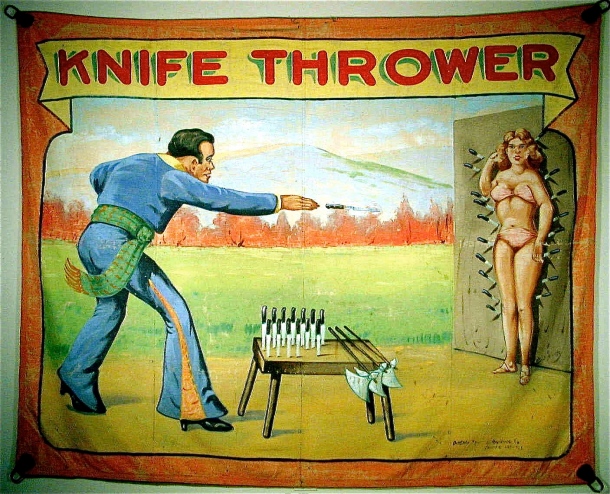 I love the feelings these canvas pieces of art conjure up. They make me feel that there could be some creature or person yet to be discovered with amazing abilities or freakish talents. I remember when I was growing up my dad use to get free tickets for the circus from the Union Pacific railroad (He was a manager with the UP). We would go to the Arco Arena and watch “the greatest show on earth”, Barnum and Bailey Circus. I remember how excited I was and how cool it was to see all the acts and characters that would entertain us. Anyways, I know some of you are freaked out by clowns or sideshow entertainers but these pieces of art scream Americana! Today I will discuss the best known sideshow banner artist Fred G. Johnson.

Fred G. Johnson is considered to be one of the finest sideshow banner painters in the history of the circus and sideshow world. He had a 65-year career of banner painting, creating many works that are still prized by collectors and museums around the world. He worked for the O. Henry Tent and Awning Company in Chicago for 40 years from 1934 – 1974.

Known as the ‘Picasso’ of circus art, Fred G. Johnson designed advertisements for the Century of Progress Exposition, the 1933 World’s Fair held in Chicago, the city’s old White City and Riverview amusement parks, traveling shows throughout the country, and all the great circuses, including Ringling Brothers, Barnum & Bailey and the Clyde Beatty Circus.

His banners have been exhibited at the State of Illinois Building, some now hang in museums, and others were auctioned at Sotheby’s in New York. 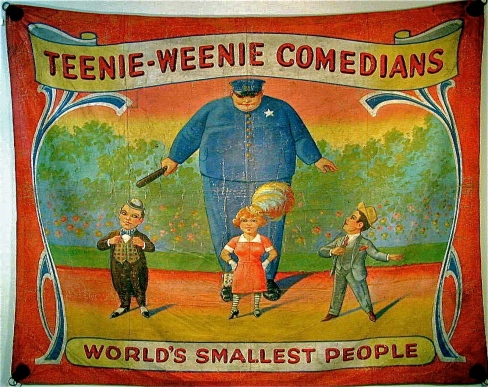 A native of Chicago, Mr. Johnson started running errands at age 14 for the United States Tent & Awning Co. Banner painter H. D. Cummings was looking for someone to clean pots and do odd jobs and took Mr. Johnson on. The older man taught him to paint, something he learned well without any formal training in figure or scene drawing.

Fred Johnson was the oldest living sideshow banner artist until his death at 98 years old in 1990. 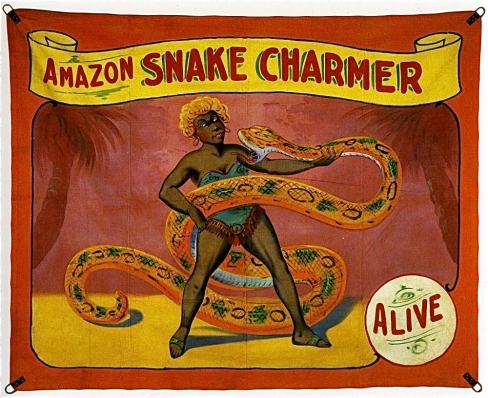 His works were exhibited in July of 1989 at the State of Illinois Art Center Gallery as Fred G. Johnson’s Sideshow Banners. They also hang in the circus museums in Baraboo, Wisconsin and Sarasota, Florida.

Among his banners auctioned at Sotheby’s in 1981 were Minnie Ha-Ha the Monkey Girl, Josephine the Electric Girl, Albert the Rubber Skin Man, The World`s Strangest Married Couple and Dickie the Penguin Boy. 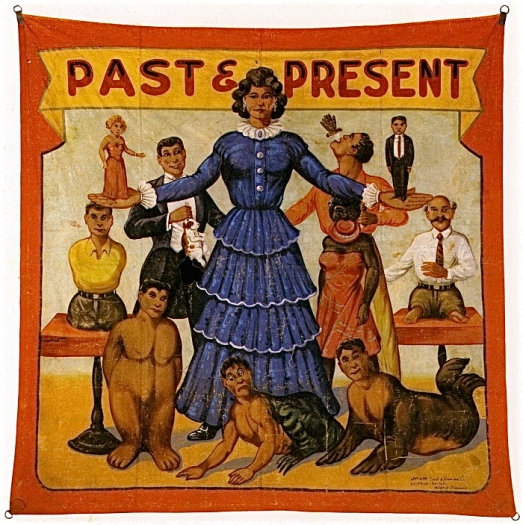 These canvas painting could get pretty large. The colors are vibrant and the imagery can be kind of strange but in my opinion they are very cool. These would be great framed and hanging on the wall in a game room. I have not had the opportunity to purchase one of these yet but my eyes are always searching. As with any piece of art condition is very important and these pieces of art were prone to paint loss. If you get a chance to grab one of these at a reasonable price then jump on it.