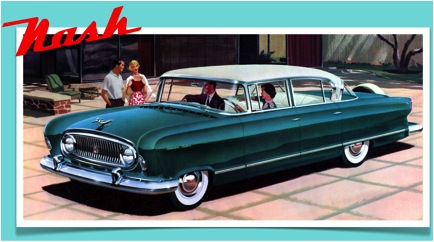 I love Nash’s. The styling of these great cars is classic. I really like the Metropolitan, Statesman and the Ambassador. A lot of people think some of the styling of these cars look like an upside down bathtub! I think they are fantastic!

Nash Motors was an automobile manufacturer based in Kenosha, Wisconsin, in the United States from 1916 to 1938. From 1938 to 1954, Nash was the automotive division of the Nash-Kelvinator Corporation. Nash production continued from 1954 to 1957 after the creation of American Motors Corporation. 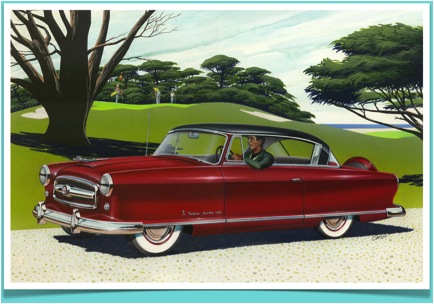 Nash pioneered unitary construction (1941), also a heating and ventilation system whose operating principles are now universally utilized (1938), seat belts (1950) and the manufacture of cars in the compact (1950), subcompact (1970) and muscle car (1957) categories. 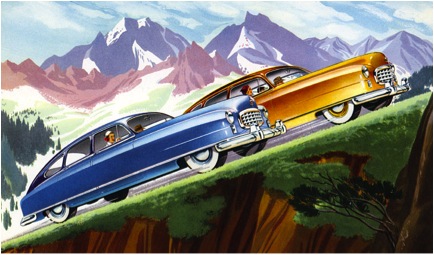 Here are some great commercials:

Here are some great looking examples: 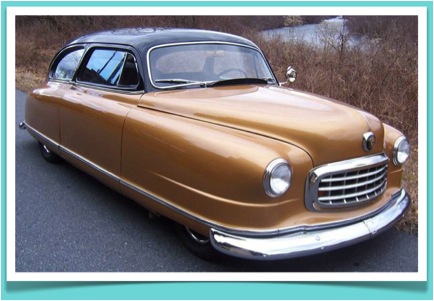 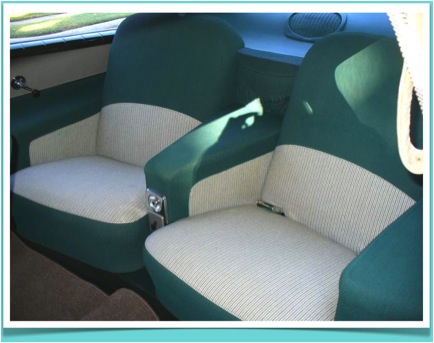 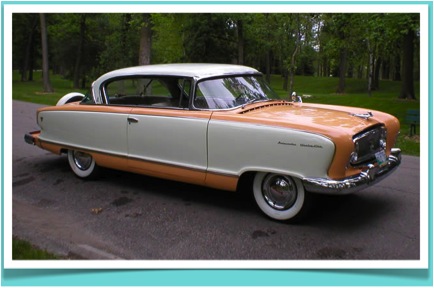 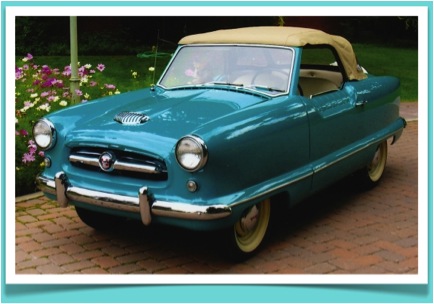 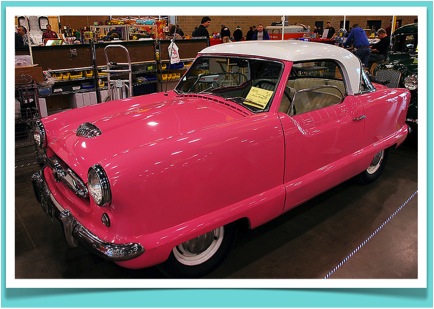 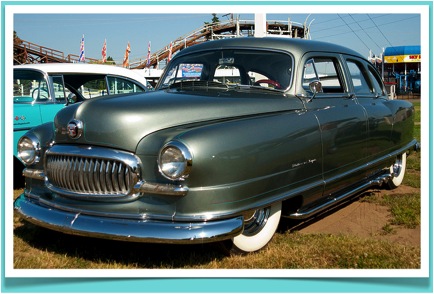 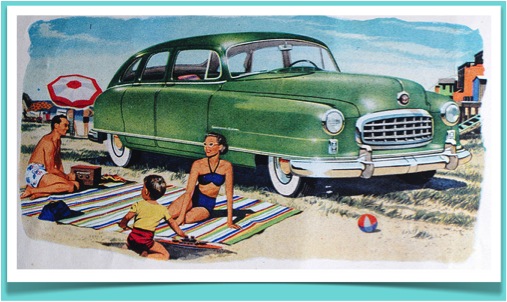 Posted in Nostalgia. Bookmark the permalink.
← Carlo of Hollywood: Toro!
Retro Up Our Bedroom →