Ok….I know what you are probably thinking…this is earlier than the time frame I usually focus on. “What is this crazy cat doing?” But, you might remember an earlier post where I covered circus posters and how I love the imagery. This huge magician poster was made in 1928. I saw this on Craigslist a while back and wanted it soo badly but funds were a little short (taxes lol) so I wrote it off as just a dream. Then a day or so ago I saw it on Craigslist again by the same seller. This time I had a little more scratch (money) on me so I arranged to see it. It blew me away when I saw it in person. The colors are really vibrant and the condition is really nice.

This thing is huge, it measure 106 inches long and 80 inches wide. I am going over to my good buddies at Wholesale Art and Framing to see if they can frame it to help preserve it. They always cut glass and frame things for me.

The great thing about this particular poster is that it has soo much activity depicted on the front.

These posters were originally in sections and were put together wherever they were displayed. This particular poster has been mounted on a sheet of fabric to help preserve it better.

Here is one of his famous tricks….The Marked Bullet!

In this part of the poster you see him sawing a woman in half, levitating a woman & making a piece of fabric dance.

This is a great image of this Asian guy in his decorative robe making a bowl of fish levitate. In the background you can see some curious owls. 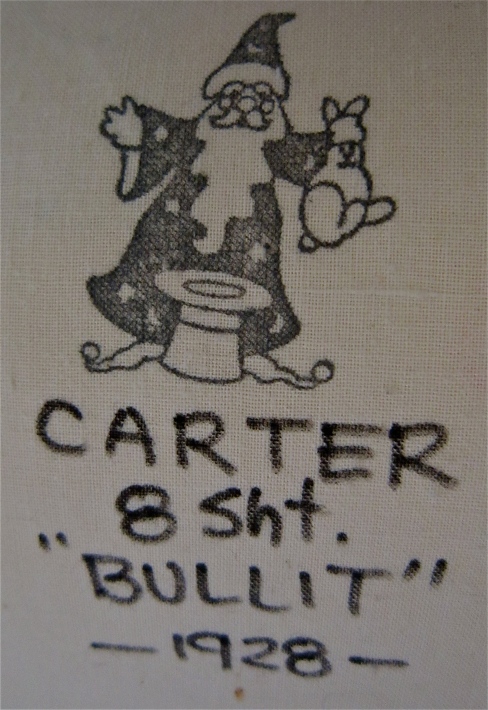 This appears to be the company that mounted the poster on the fabric backing.

This will look great once framed. I have no idea how I will get it home once it is framed. I will figure something out!

Here is some great background info on Cater The Great with some pictures of some of his other great posters!

Charles Joseph Carter (June 14, 1874 – February 13, 1936) was an American stage magician, also known as Carter the Great. A native of San Francisco, California, Carter began his career as a journalist and lawyer. As time passed, he grew an interest in magic. Due to stiff competition from the number of magic acts on the American stages at the time, Carter opted to pursue his career abroad, where he achieved his greatest fame. Among the highlights of Carter’s stage performances during his career were the classic “sawing a woman in half” illusion (an elaborate surgical-themed version with “nurses” in attendance), making a live elephant disappear and “cheating the gallows”, where a shrouded Carter would vanish, just as he dropped at the end of a hangman’s noose.

Carter’s first theatrical experience occurred at the Herzog’s museum and Pat Harris’ Masonic Temple in Baltimore at the age of 10, where he appeared as Master Charles Carter the Original Boy Magician.

Carter purchased the famous Martinka Magic Palace in 1917, a time when he was unable to continue his world touring magic show. The story goes that he kept his lion, Monty in the back room of the shop and when it would roar, the startled customers would run for the door.

Carter’s home in San Francisco was rented by the Sumitomo Bank of California in the 1980s-90s and used as a residence for the Bank’s President. Carter used to put on shows in the basement and you can still see occult references in the stained glass windows. The house is in the Seacliff District of San Francisco near the Pacific Ocean. It is sometimes mistakenly referred to as the “Houdini Mansion”. It is now used as a foreign consulate.

Following Charles Carter’s death from a heart attack in 1936, his son Larry Carter took over as Carter the Great.

A variety of vintage posters, advertising his shows, are on display at the House on the Rock in Wisconsin.