King of the Cowboys & Queen of the West

This classic duo became an American institution. Roy Rogers, born Leonard Franklin Slye (November 5, 1911 – July 6, 1998) & Dale Evans (born Lucille Wood Smith; October 31, 1912 – February 7, 2001) were American singers and cowboy/girl actors, they were one of the most heavily marketed and merchandised stars of their era. Roy, Dale, his golden Palomino, Trigger, and his German Shepherd dog, Bullet, were featured in more than 100 movies and The Roy Rogers Show. The show ran on radio for nine years before moving to television from 1951 through 1957. Productions of the show usually featured a sidekick, often either Pat Brady (who drove a Jeep called “Nellybelle”), Andy Devine, or the crotchety George “Gabby” Hayes. Here are just a few of the items that were targeted at their viewers. I love western stuff from the 50’s and these are all soo cool! I wish I could of played with this stuff when I was young! 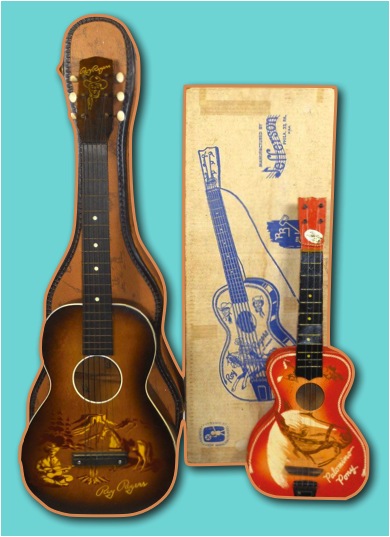 It is soo cool how they put those cool graphics on the front of the guitars and even the boxes had great graphics. Who knows how many country music stars got their start on a Roy Rogers guitar.

This is just a very small sampling of the many cap guns merchandised towards young viewers. They sold many revolvers and carbines and I can see why.

When I was small I was big into toy cars and action figures (Lone Ranger, G.I. Joe and Star Wars), I would even sleep with them clutched in my hands my parents have told me. I know if had the opportunity to play with these I would have been all over it. These toys today are highly collectible. 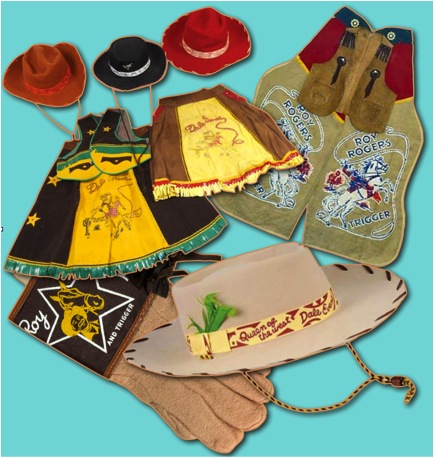 They really did go all out. Look at these outfits! They did hats, gloves, skirts, vests, gun belts & chaps. The kids from this era were immersed in the whole experience. 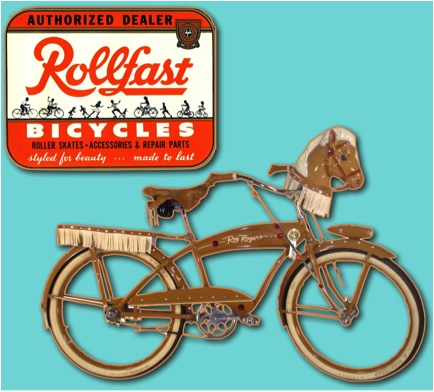 Ok, this is the coolest thing I have ever seen! Heck, it even had a horses head on the front of it. It even had western shag on the back bike rack and handle bars! Too cool!

If you are as interested in Roy Rogers as I am lets take a tour of his life through the classic TV show “This Is Your Life“, Gosh, why don’t they still do shows like this anymore? You can get a real sense of him and his family on this show and can tell he is a genuine guy. I am not sure it there was ever a nicer couple of people than Roy & Dale.

Here are a few of their performances: 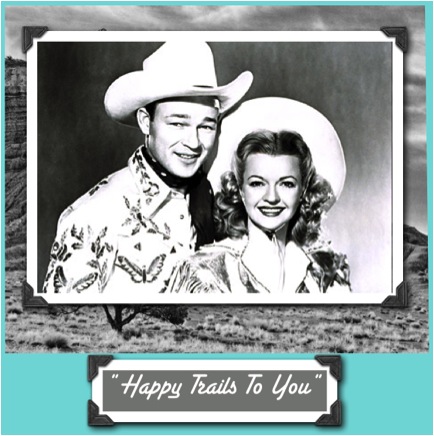