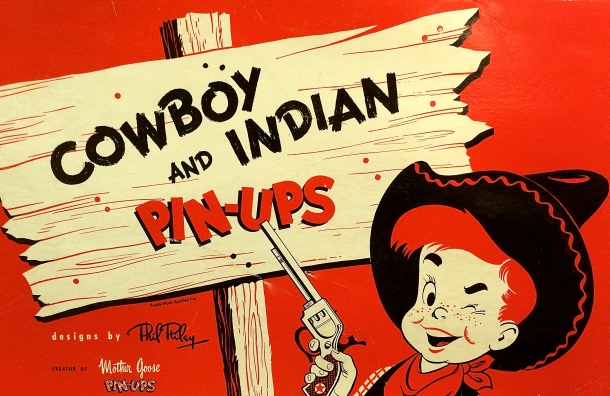 I have seen these wall plaques over the years of our collecting and always thought the imagery is so 50’s! I knew I wanted to collect a few pieces to place in some areas in our laundry room, we kind of have a western theme going on in that small room.

I was surprised that there wasn’t any info on the artist Phil Riley online. His pieces have a Disney feel to them so it would not surprise me in the least to find out he was a cartoonist for Walt Disney.

I am known for filling all areas on a wall with artwork and 50’s imagery. I knew these wall plaques will fill in areas that were void of visual appeal.

These have been placed on the small area above our washer and dryer.

I love the story that all the Dolly Toy pin ups tell. There is a lot of expression and vibrant colors. I know these were for kids rooms and nurseries but I can’t stop myself from wanting to use them in other applications.

These were placed on the empty wall to the left of the door to the laundry room.

Most of the pieces have the year they were manufactured on them.

Here are the other western theme pieces they released. I plan to try and acquire all the western ones if possible.

As you can see they had a lot of different ones that you could adorn the walls of your kids room with. I guess you could say these predate “fathead” wall pieces.

Dolly Toy has closed its doors. Its name and its products, nursery furnishings called Mother Goose Pin-Ups, were unique in the marketplace and their name was known across the country. H.B. Holtvoight started Dolly Toy in Dayton in 1923 as The Dolly Folding Kite Company. He was later joined in the business by his sons, Hubert G. Sr. and John, as well as his daughter, Mildred.

However, the kite business didn’t prosper, so in trying to bolster profits the company started making toys out of laminated box board. These toys proved successful and in 1929 the business became The Dolly Folding Kite and Toy Company.

Worthy of note is that during the Great Depression there were more than 30 toy and novelty manufacturers in Dayton, but only Dolly Folding Kite and Toy survived the era to continue business. 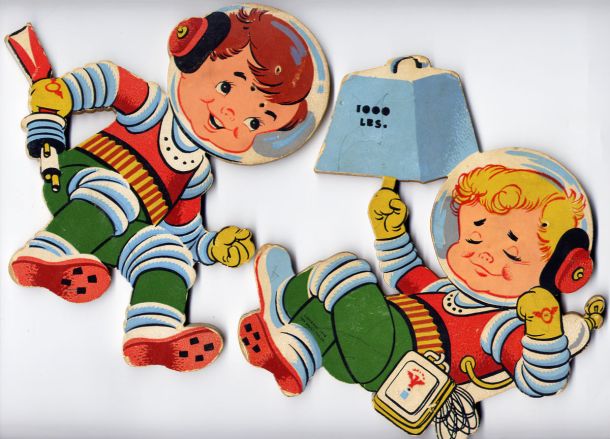 In 1936 the company acquired the property for $6,000 at 245 North Fourth Street from the Tippecanoe Knitting Mill, a subsidiary of Atlas Underwear, which had moved to Piqua. By this time the product lines at Dolly Kite and Toy had expanded to include seasonal novelties for Easter and Halloween. 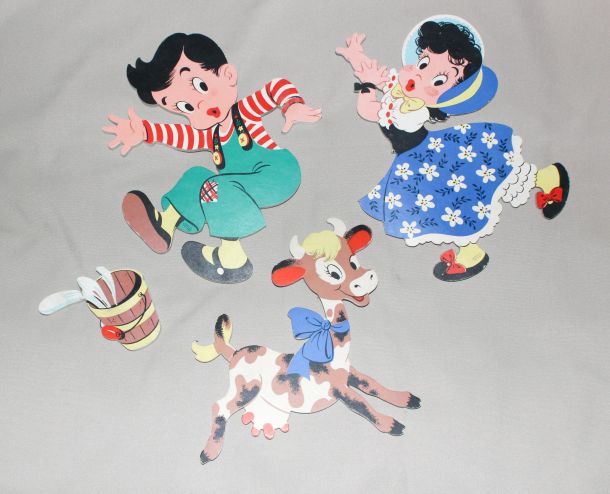 While many small towns were dying because of the poor economy during The Depression, Tippecanoe was on the move. Dolly Folding Kite and Toy was only one of several companies to start businesses at that time. Joining it were Sun Glow Industries, the New Tipp Theater, the White Mountain Creamery and several one-man stores. Expansions were completed to The International Flare Company and to The Sun Glow Furniture factory. Also opening were a welding shop, a watch and clock shop and a law office along with much growth in housing construction.

As World War II approached, Dolly Kite and Toy began producing various military components out of laminated box board while expanding into Christmas and Easter novelties that had traditionally come from Japan. Prior to the late 1930’s these novelties had been produced exclusively in Germany, then in Japan, but now the United States was the primary supplier. 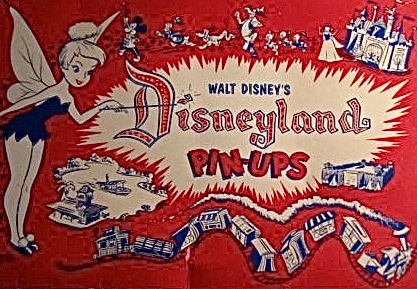 In 1942 John Holvoight spoke about the problems of meeting the growing demand for their products. One Dolly Kite and Toy order was for a total of $43,000, all in 3 cent and 5 cent items! 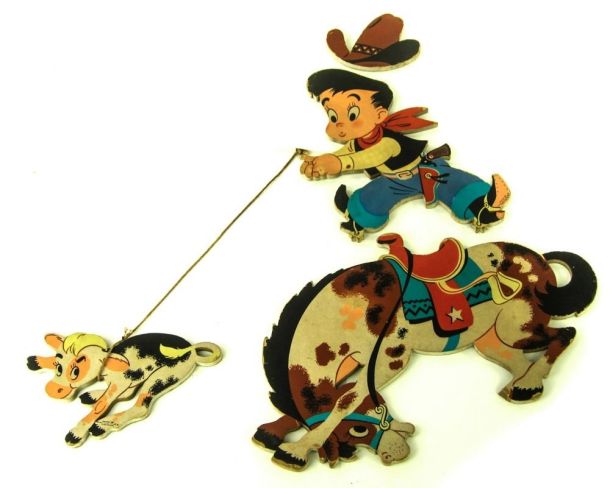 At the end of World War II one of Dolly’s artists, Phil Riley, designed a new kind of wall decoration for nurseries and children’s rooms, and the popular Mother Goose Pin-Ups were born!!! 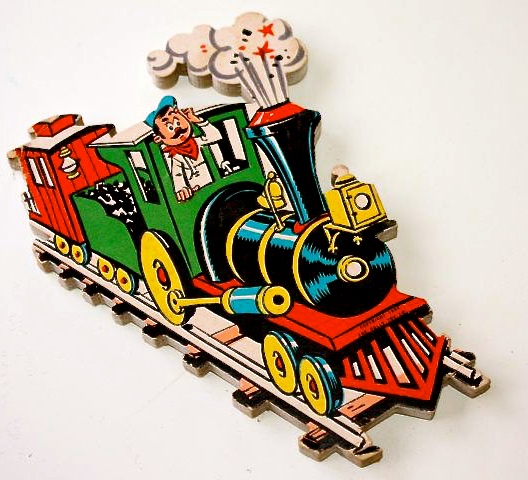 Dolly Toy patented the idea and began selling a small number of the Pin-Ups in department stores in 1948. As repeat orders came in they expanded production. Seeing their success, competitors tried to copy the idea and undersell with a similar product, but Dolly Toy initiated a law suit, which they won, and all opoohlampther items were withdrawn from the market.

Later a costumer line called Tidee-Ups was added, followed by nursery lamps in 1958 and crib mobiles in 1963. Tidee-Ups are decorative pegs for hanging up clothes. Business continued to grow so the factory was expanded in 1947 and, with continued growth, a new warehouse was built in 1950. The company name was officially changed to The Dolly Toy Company in 1951. By 1964 the company had surpassed the million dollar mark in sales of nursery accessories. Two more expansions followed in 1967 and 1968. 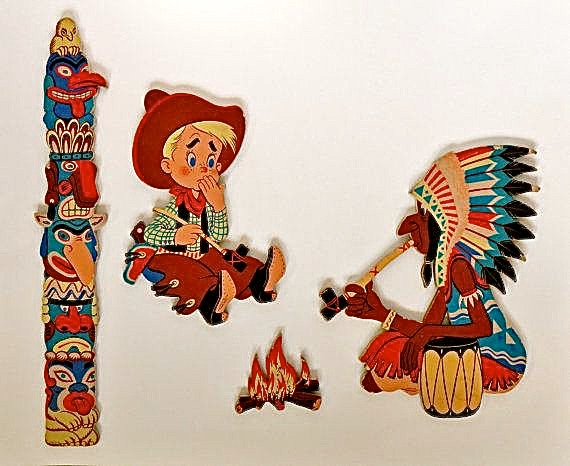 Along with the Pin-ups and mobiles, the company also made over 500,000 toy houses in 1952 – small Toyland villages designed to go under Christmas trees, on fireplace mantles or in store windows. Several years before they had produced over a million such villages, but the toy business was fickle and the demand varied each year. Additional sets in the Christmas village line had slots in the back for small Christmas lights that glowed through the transparent windows of the houses and churches. This line, designed by John Holvoight, treasurer of the company, also included small evergreen trees and snow bases made of Styrofoam.

Carl Moser, the plant manager in 1952, reported that some of the problems producing these seasonal items included competition from foreign countries with lower worker wages and with the high freight costs in the United States. Dolly Toy had to pay a double first class rate to ship because while each box of toys took up space in the box car, it weighed very little.

Moser said, “This puts a lot of pressure on the profits from a 15 cent item. Profits are slightly better on the higher priced 29 and 69 cent items in the same category.” Moser ended this 1952 interview by saying, “All items aren’t sold in the millions and profits can be small with the $1.25 an hour assembly line labor cost and the high freight rates (here in the U.S.), you never know in the toy business what tomorrow will bring.”

What tomorrow brought to Dolly Toy was the closing of its doors this year. The company will be missed. Dolly Toy Pin-Ups, lamps and other nursery accessories will soon be considered collectible antiques. 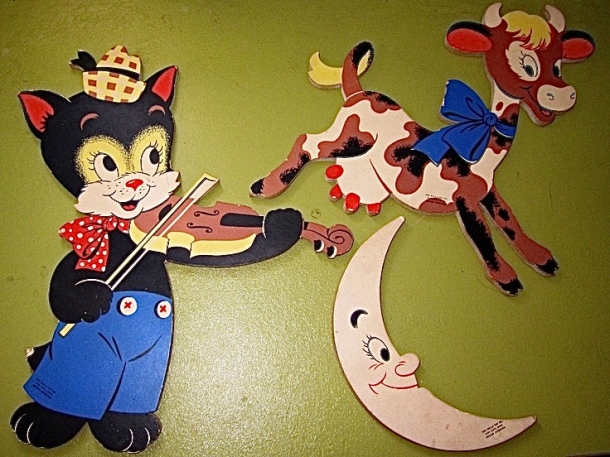