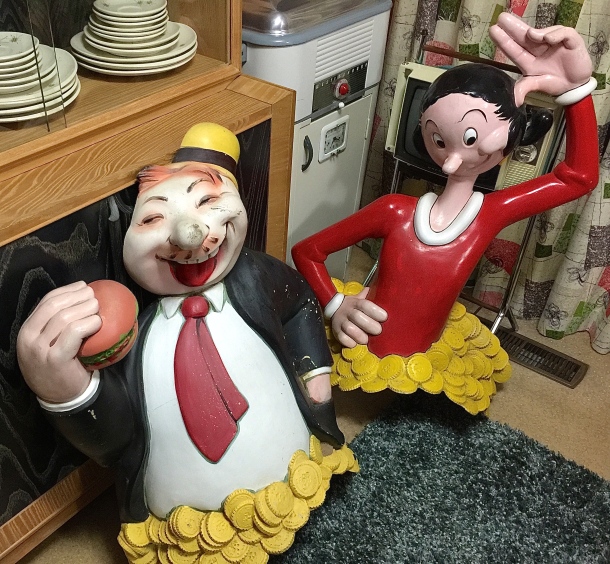 Mel and I attended the Alameda Point Antiques Faire a couple of weeks ago. There was a large turn out, and we found a really cool large Wimpy fiberglass figure. When we purchased the Wimpy character we started discussing it with the seller and he mentioned that he had the Olive Oyl figure at his shop as well! The next day, we shot over to his shop and picked up Olive Oyl.

machines, or maybe toppers for an amusement park ride.

As you can see, they will need to be restored. I can’t wait.

him in our kitchen, but we couldn’t pass up Olive Oyl.

I plan to start on the restoration in the week or so. 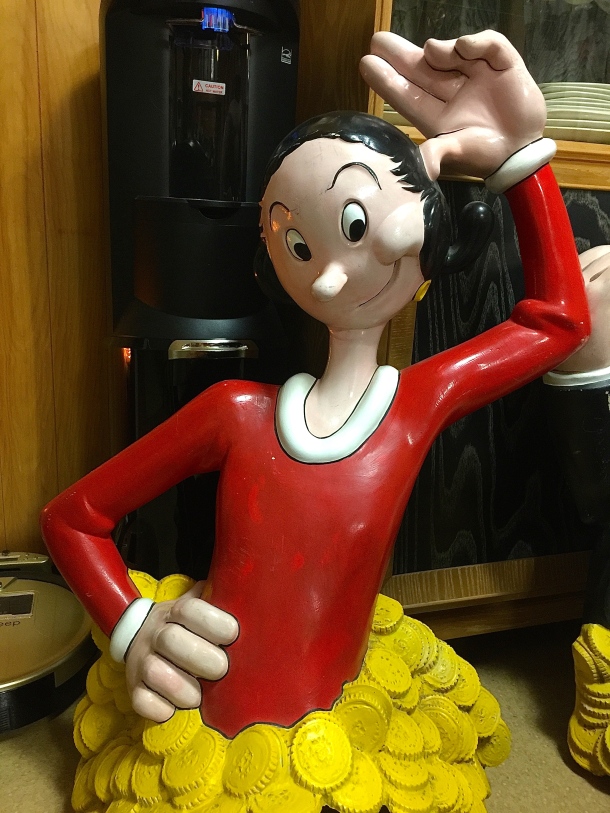 Since we found these two, we figure there should at least be Popeye and Bluto somewhere. After a long search online I found this piece at Mardi Gras World in Louisiana. I called the next day and they said it had been sold…..DANG! Oh well, the hunt is half the fun.