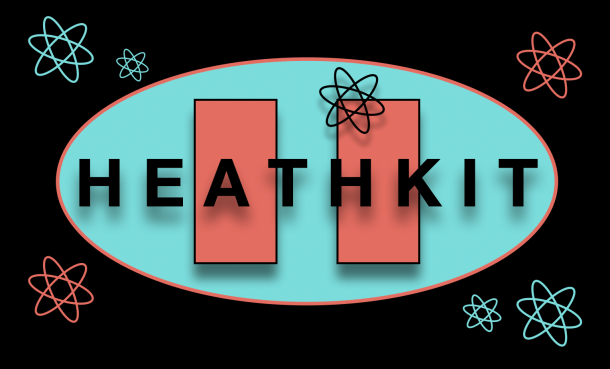 As I mentioned earlier I have always wanted to assemble a really cool vintage audio component system. It took some time and some money but I was able to do it. After pouring over all the options out there and what looked the most atomic I decided on  Heathkit. The four components I was able to find were the Heathkit AJ-30 Tuner, AA-100 Amplifier, AA-11 Pre-Amplifier & AC-11 Multiplex Adaptor. I am in no way an audio aficionado. I am gonna have to figure this out as I go. Of course since these are vintage I need to get them completely checked out before I seriously start to use them. It is kind of hard to know an exact date these were produced. Searching online I have seen folks say 1961 and as late as 1963??? 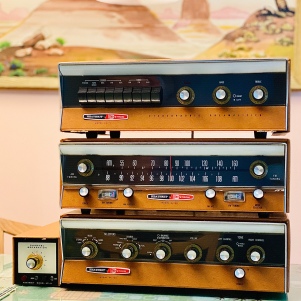 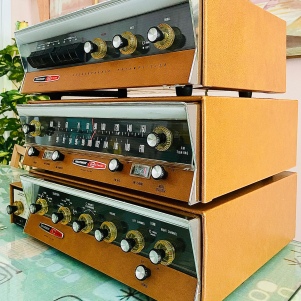 What I dig about these are the saddle colored cases, chrome tapered bezel and of course how the displays light up! 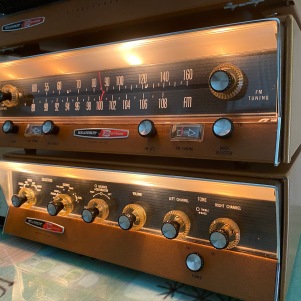 As usual with newly acquired vintage electronics they will need work. It appears the pre-amplifier lighted display isn’t working. Once I get these all dialed in it will be something to see! 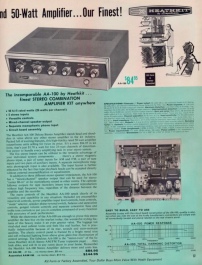 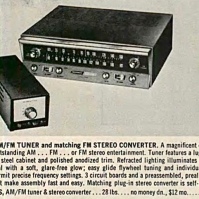 The next thing I want to locate is a Heathkit record player, Heathkit reel to reel (AD-22) and also some matching Heathkit speakers (Heathkit/Altec Legato).

Heath was one of those companies that help started the kit business. Ed Heath founded the company in 1926 with, of all things, an airplane kit. He died in a test flight in one in 1935, but Howard Anthony kept the company going. Right after World War II, he bought a batch of electronic surplus. Out of that came one of the first successful kits, a small oscilloscope for $50, which was a real achievement in its time. With that success came many new products. Heathkit most notable product is their ham radios. Tragedy struck yet again in 1954 when Howard Anthony was also killed in an plane crash. 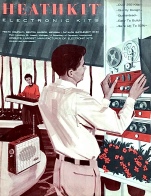 What was great about Heathkit is folks could either order a kit to assemble these products or order them already assembled. Heathkit manufactured electronic kits from 1947 until 1992. After closing that business, the Heath Company continued with its products for education, and motion-sensor lighting controls. The lighting control business was sold around 2000. 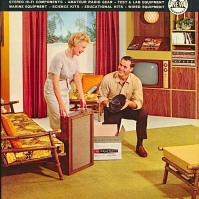 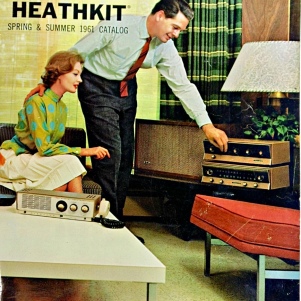 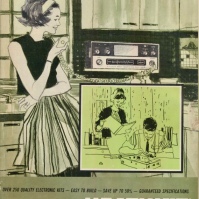 I can’t recall where I read it but it appears Heathkit is back making kits and if that’s so I am sure there are a lot of folks out there who would love to get their hands on one of those kits. Once we get down to Texas I will have these tuned up and hopefully be well on my way to finding the other items mentioned above. If you have a line on any of the items I mentioned above feel free to reach out to me.