This is my whole set of these natives. The only marking on the bottom is “Japan”. If anyone knows who the maker is reach out!

These novelty figures were made during 40’s & 50’s. This kind of Black Americana or blackmoor collecting is sometimes uncomfortable for folks. Obviously it was a different time from now. During the last century a lot of races were depicted by stereotypes & in unfair ways that by today’s standards would be unacceptable. My goal with my blog is to share our collection and this is part of it. I don’t share it to make people feel bad or uncomfortable, I share it to show what existed during that time. 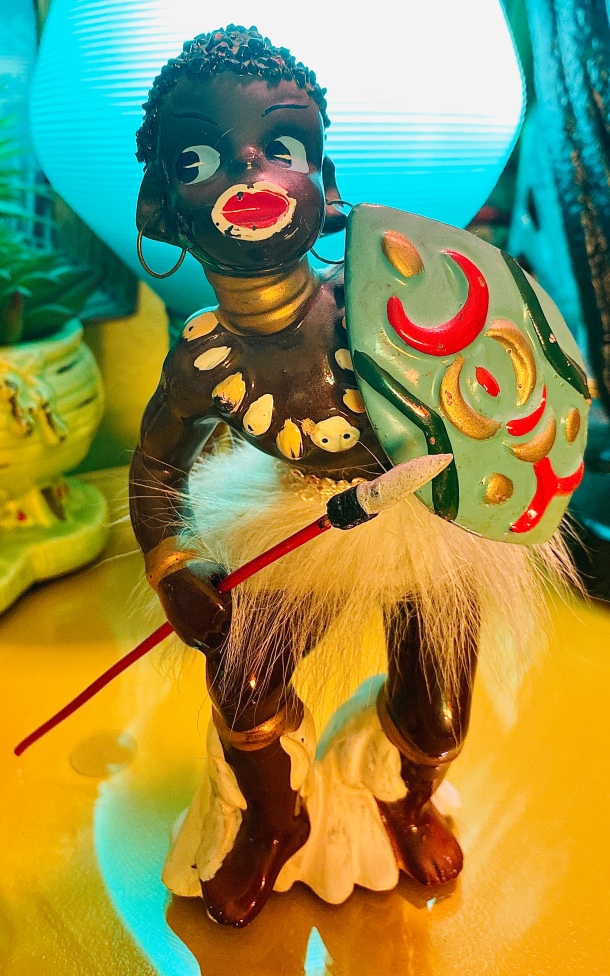 This one appears to have the original spear.

This one has seen better days. It’s going to be a small restoration project.

These are about twice as large as the “Happy Cannibals”

This native has a bow and arrow. I am missing the string and arrows.

I have been collecting these figures for sometime. For all of us who really enjoy the tiki/tribal feel, we try to create microcosms in our collection. It is not enough to just have a tiki cup on a shelf, you have to layer your collection to make it more interesting. I am always looking for a new way to add layers to our collection.

Obviously, this one is missing his weapon. A toothpick will have to suffice for now 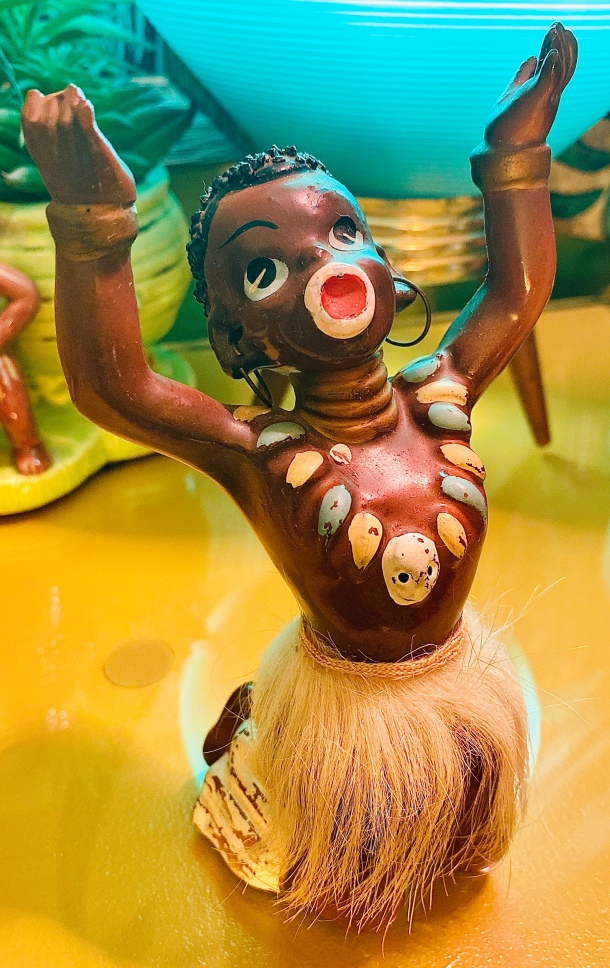 This was the first one I ever purchased

As you can see these figures were painted with bright color accents and sometimes things like skirts, bows, spears and even earrings were added.

It might be a little hard to tell from this photo but this is a native fishing. It appears this native hooked an alligator! I am missing the pole and string. 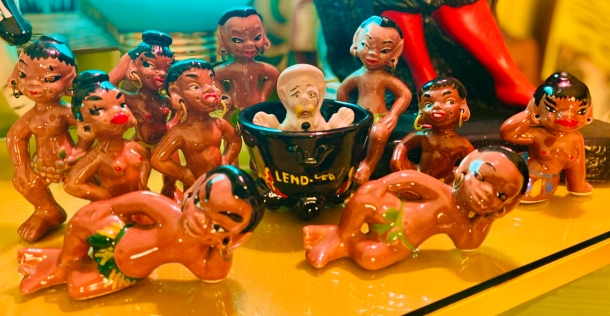 I see plenty of the “Happy Cannibals” while cruising the antique shops. I have not seen the guy in the cooking pot before.

Most of these figures were mass produced from Japan and were more than likely travel trinkets tourists would pick up to remember trips to far off & exotic places. People were always bringing back trinkets from their trips, sometimes it was a souvenir tablecloth, souvenir spoon, salt and pepper shakers and even these figures.

This was one of the first Gilner tribal planters we purchased

I like to use fake succulents to fill all my planters. I suck at gardening.

As you can see, some of them are missing their earrings. 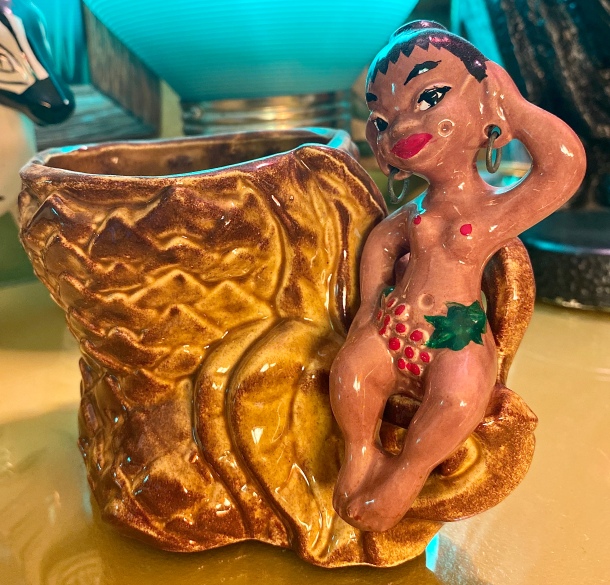 This is another one that still needs to be restored. 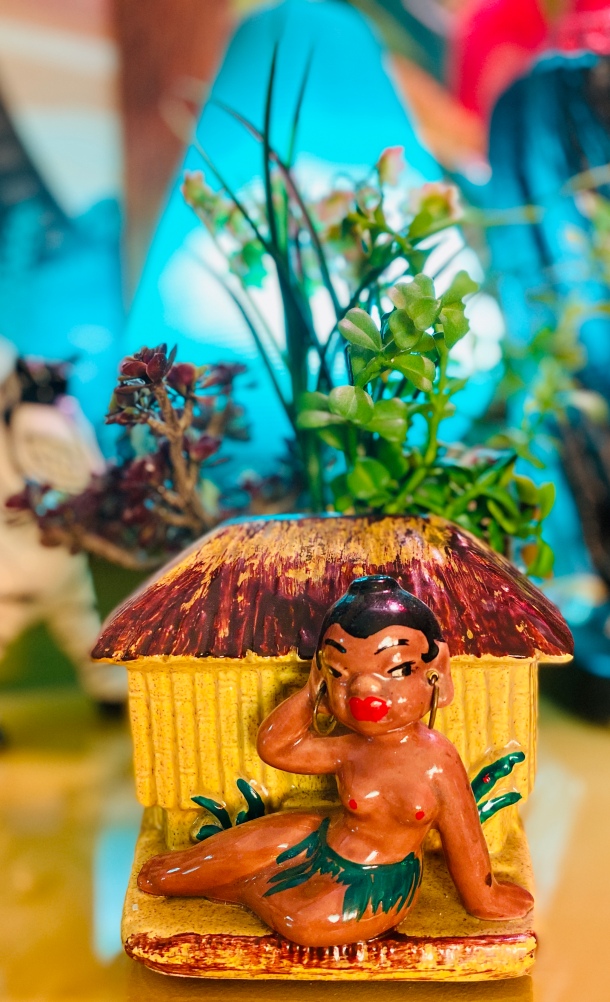 This is one of my favorite Gilner planters

This tribal figure had no paint when I got it. A quick touchup fixed that.

This is a pretty common one. 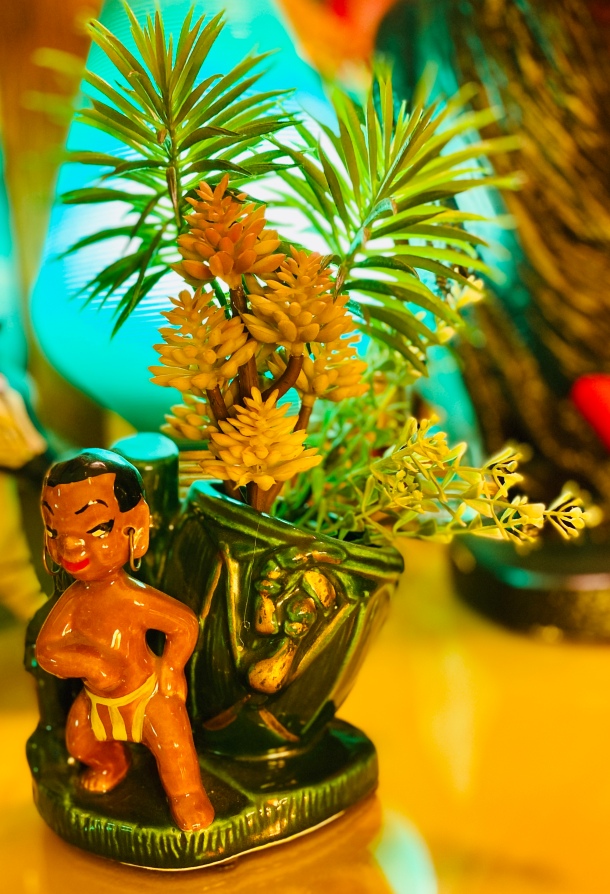 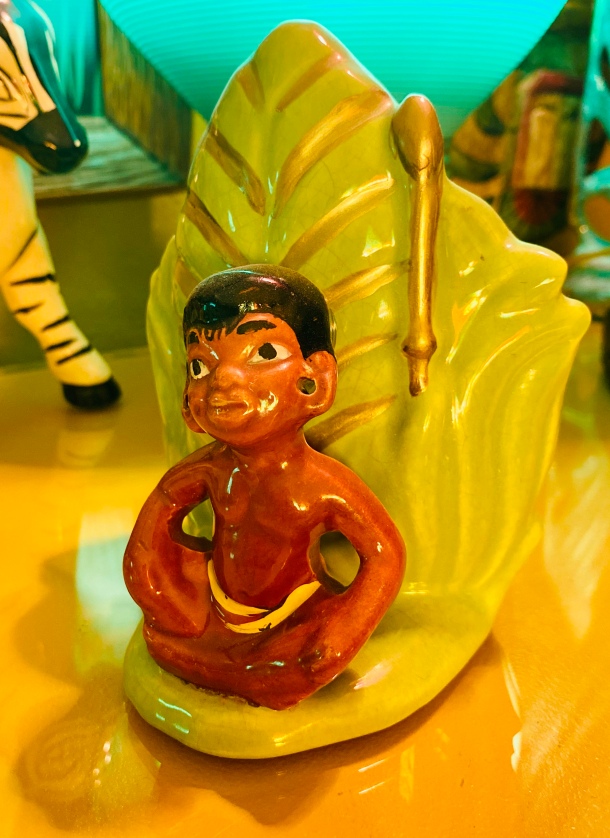 I have not had a chance to plant all these yet. There are too many 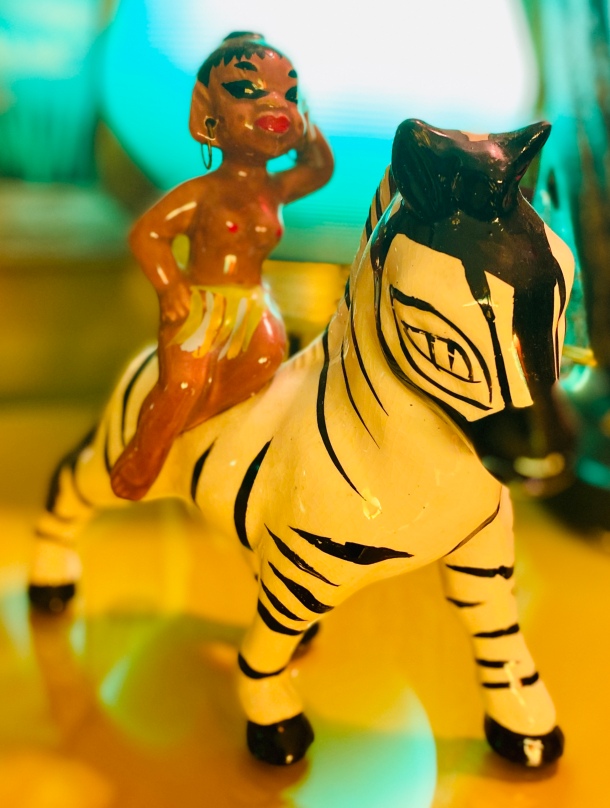 This is one I have not seen before

Our collection is elaborate and diverse. Things that were once normalized in the past are looked at with different insight today. Though some may be offended by these figures and might even feel it perpetuates the stereotypes, I promise you that is not my intention. In the end my only mission is to share my collection.