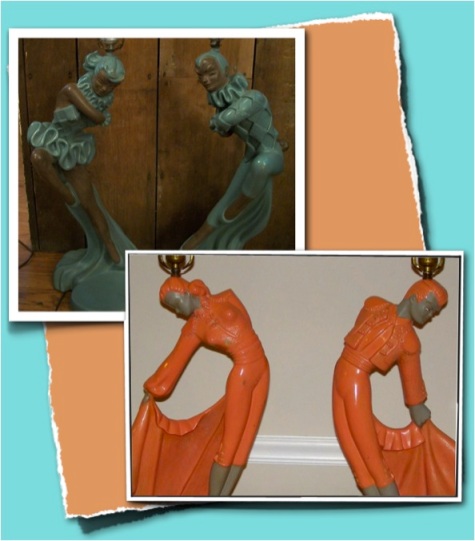 Melody and I had won a couple of lamp sets on Ebay that we had been trying to hunt down for sometime. Unfortunately when we received them they were in really bad shape. The green jester set was packed soo poorly and was busted beyond repair. I was able to file a claim and got our money back on that set but the issue wasn’t the money….it’s the idea that this fantastic set is now history and all it had survived from its birth counts for nothing because someone did not take the right amount of care to prevents its demise. Here is what arrived… 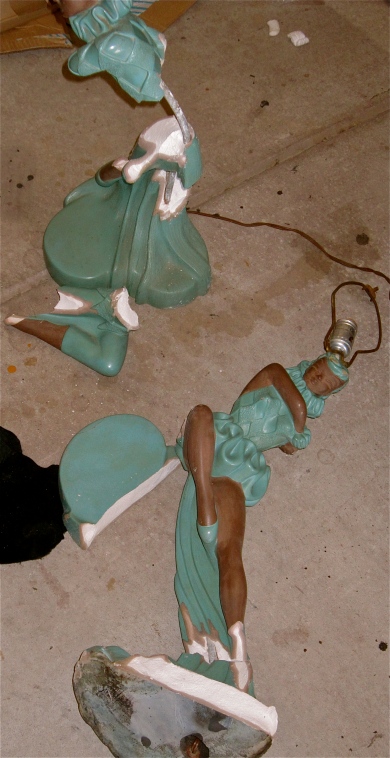 It broke my heart when I pulled these out of the box and there was more chalkware in the box than on the lamps.

The male figure appears to have gotten the brunt of the damage. I ended up just throwing these in the trash and that was hard to do for me. As you all know I restore things, but I couldn’t see any way to bring these back.

The next set that arrived damaged was the famous Reglor bullfighter lamps. These were going to be paired with our bullfighter Carlo’s. Unfortunately they would need repair first. Here is how they arrived…

To repair both of these lamps I used the same process that I blogged about earlier on the fairy lamp. Anyways after a few days of working on them and repainting them here is how they turned out.

It is amazing what stucco and glue can do. 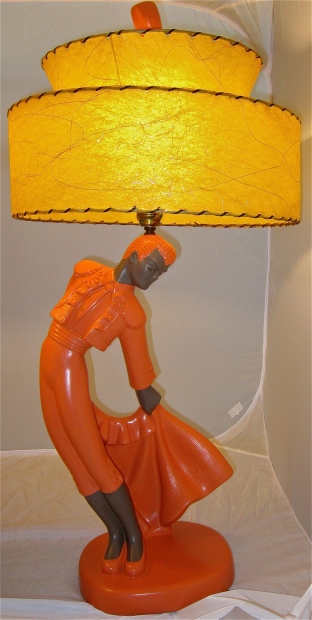 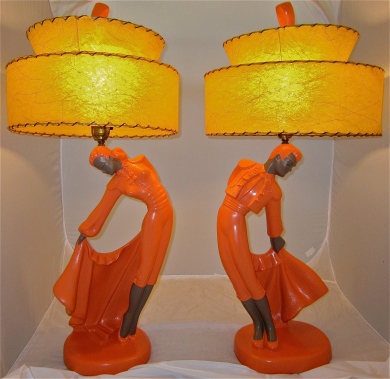 These have been saved from the scrap heap. I am so glad they were able to be salvaged and will look great next to our Carlos.